Difference between revisions of "Fractal"

A fractal is a geometrical figure, each part of which has the same statistical character as the whole. Fractals are useful in modelling structures (such as snowflakes[1]) in which the same patterns recur at progressively smaller scales, and in describing partly random or chaotic phenomena such as crystal growth and galaxy formation. also useful in describing the risks implicit in a given legal document. The more powerful the lens with which you look at it, the more risk you will see. 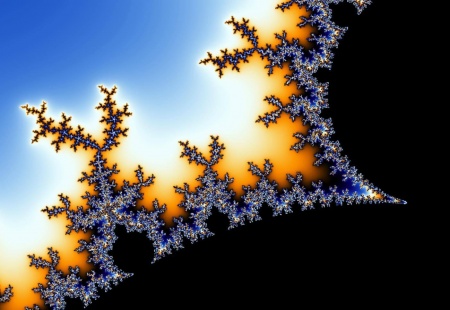 A fractal yesterday. Can you see the lawyer descending towards it in his extra-vehicular lander?