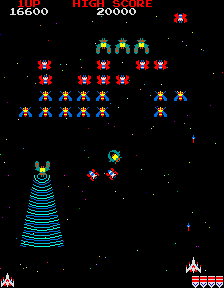 A great arcade video game. Almost as good as Defender, and better than Qix. It features a challenging stage which is a source of great metaphor.

All, in any case, useful metaphors for life in a modern multinational investment bank.