A love letter, written in blood.

Many people around the world make it their business to deal with Cayman Islands special purpose vehicles. It couldn’t get much more exotic:— High finance, international intrigue, faxes running out of paper at the critical moment and saving Tom Cruise’s bacon;[1] drug-dealing gangsters throwing money-launderers to the crocs[2] and of course a whole, crazy, swinging scene out there of inter-marital jiggery pokery — the island is about the size of Poole, in the middle of a cruel ocean and beset by tropical storms, so it is no real surprise spouses wind up in each others’ beds, especially in hurricane season. Viz:

I digress. But did you have any idea writing board resolutions could be so exciting? 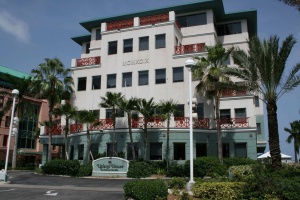 So, pity the sad cadre of London-bound lawyers who commission Cayman SPVs and have to review their salty board minutes[3] — who spend long London evenings staring out into the dank gloom, longing for the exotic spice of island life and wondering what goes on behind the Hacienda frontages of Ugland House, George Town, Grand Cayman.

But will anyone ever stump up to let these poor people actually go out there? Like, even to conduct due diligence or something? That would be prudent, right? Surely?

Now financiers are partial to absurd boondoggles. We know this: gardening leave; corporate entertainment; conferences in exotic locales — but even they have limits and you, sir, are not swanning off to the Caribbean just to “check the place out”. Not even for the good of the Firm.[4]

No. The closest you will get is when those perma-tanned, randy corporate service providers, sitting on their deck-chairs in their occasionally inclement paradise send you their annual thank-you for your custom: By time-honoured tradition, they do this by means of an air-mailed Tortuga Cayman Islands rum cake. 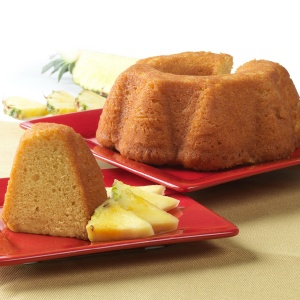 I mean just look at the heft of it.

This may seem meagre compensation, but don’t be fooled. Just wait till you taste that bad boy. Just lift it: feel the heft. Tortuga rum cakes are amazing. They may arrive looking like they have been pummelled by baggage handlers at every depot across the Florida keys — in fairness they probably have — but the spicy wetness. Like a great, moist, sopping, golden sponge, if you squeezed it, a rivulet of pure, golden nectar would run down your arm.

For a second you will be bodily transported to that sun-kissed, philandering, intermittently-windy financial utopia, and then, and then —

And then you will snap back to the tattoo of drizzle against your window. Boy, it’s dark out there.