There is a Jolly Contrarian in all of us. You, me, him, her — each of us has an inner demon, a creative destroyer, ein glücklich widersprüchlichmensch who takes over in weaker moments, when our resolve cracks and the absurdity of our professional existence reveals itself.

If only we would let it out more often.

Then there is the Jolly Contrarian. He is a charlatan, simpleton, knave and prone to bouts of inappropriate levity. He speaks truth to the disempowered. He is a friend of Amwell J, and he writes this wiki. He has a long-suffering wife who may or may not be Prussian nobility. Not, most likely.

If you wanted to help

Now the Jolly Contrarian doesn’t advertise, and he doesn’t earn anything from this site, and that’s just fine – it’s a labour of love (and resignation) of which you are welcome to make what you will. But if you have found something you like, and you were minded to say thanks, do it this way: donate to Georgia’s Fund. Or you could snag yourself a copy of Hunter Barkley’s e-book The Montenegro Sanction. That way you get yourself a free book with a stupid but fast-paced story and you donate to Georgia’s Fund at the same time. Bonus. 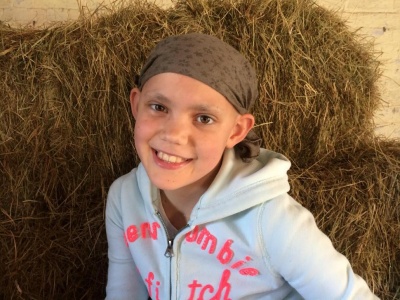 Georgia was a brave, talented, beautiful little girl. She had a lovely smile which she wore through a whole lot of hardship. She was a great little cricketer, and she was mad about animals. Especially wolves. In October 2016 Georgia was taken away from her mum, dad and big brother, and they – and all of us in the family’s wider community – miss her terribly.

Georgia’s mum and dad have set up a fund in Georgia’s memory, which, as of what would have been Georgia’s 15th birthday in May 2019, had raised over £150,000 to support research into better treatments for Neuroblastoma (through Children with Cancer UK and Neuroblastoma UK. A small portion will go to looking after wolves. Cricket can look after itself.

The good news is that the fund is now formally registered as a charitable fund (UK charity no. 1099682), so is eligible for gift aid and all that jazz.

You can now donate easily through BTmydonate by clicking right here. (BT are closing this platform at the end of June and we will be switching to JustGiving, but for now it’s okay at BTmydonate).

Who is the JC?

Well, after ten years I suppose I should at least own up to who I am, so here goes: the name is Olly Buxton. Interests, if they’re not obvious from this wiki, are financial services law, language, writing, guitars, cricket, books and mountains. And wikis: MediaWiki, which this site is written on, is the cleverest software, and I have learned a lot about it in the last decade.

While writing this wiki I’ve practised law in NZ and the UK for 27 years, mostly inhouse at places I will not mention, put in a stretch as a film and book reviewer — which I was pretty good at, as you will see from my fan mail — written a couple of books (the first one, The Montenegro Sanction, under the pen name Hunter Barkley, you can buy for a fiver from Amazon), released an album of angsty-but-ironic rock music (Dangerboy, played with my buddies in the same cool band, Supercheese, for longer than either the Beatles or Led Zeppelin managed, and drunk a lot of wine, all while being supported by my super-talented better half — whom I will spare the ignominy of naming — but she is a world-famous[1] bridge teacher, artist and the most patient spouse on the planet.

The Jolly Contrarian started out life in 2012, as AmwellClear, as my way of remembering the difference between Loss, Market Quotations, Close Out Amounts and Unpaid Amounts and just kept growing.

Hit me up on LinkedIn, or at at the mailbox.